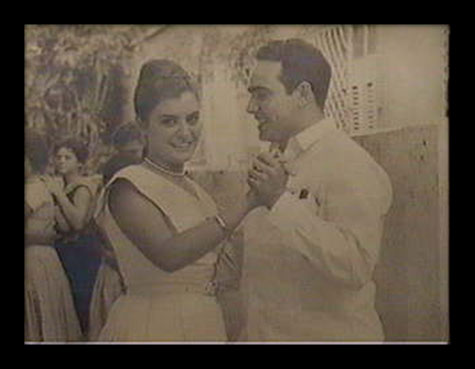 The Learning To Find Love Model

Last weekend Craig and I were attending a conference in Texas. This annual conference is often a highlight of the year for us since we get to spend time with people we know and like who come from around the world. Once again this year we were approached by people in between meetings and breakouts who just wanted to express to us how happy they feel to see us together. They say things like, “I just love watching you two together” or “You really are an example of being in a loving conscious relationship”. Occasionally we will have someone ask us what the secret is and they are then struck by the simplicity of my answer, “Choose well and you don’t have problems”.

Here’s why this is such a radical concept for most people:

All of these above are consequences of the modern way of dating and picking a partner. This has led to an absolutely abysmal divorce rate. Once the veneer of a new relationship is over all the things that drive you crazy, they ways that they behavior, their character traits, or their lack of loving you in the way that you want to be loved will have you trying to compensate or fix or withdraw or end it. Powerful unconscious forces drive you to end up with the wrong person unless you are taught what to look for up front including taking the time to get to know yourself and your needs.

The alternative to this mainstream model is the historical model. In the historical model we relied on our family/tribe to assess behavior to check out things like character. The main drawback of that system though is of course lack of freedom of choice – once your tribe approved of a match then you had no say in the matter. Some of the traditional model aspects were still very much in place with generations that came of age in the 40s, 50s, and 60s. This is what happened to my parents actually who are also an inspiration to – they are a living example of the system we teach.

Imagine if you will a young man who was born in Cuba but had spent his formative years in NYC. He visits family one Sunday to go for a swim at a river near his cousin’s house. His family is friendly with their neighbors and these neighbors invite my father to a party being thrown for someone in their family. My father is game but doesn’t have the appropriate clothes. He ends up borrowing someone’s traditional guayabera shirt, white linen pants, and dress shoes that are at least a size too large. This was not his style of dress as it was decidedly old fashioned but he had no choice. With nothing more than the thought of having a good time, Pepe goes off to the party.

At this event is a young woman who is a related to the people throwing the party, my mother. My mother was a thoroughly modern woman for that era – she had a career, enjoyed a lively social life, and dated whom she pleased. Two of her definite no’s on her list of ideal men – she can’t stand the name Pepe, and she isn’t attracted to old fashioned men.

Here’s the thing with the traditional model, both my father’s and my mother’s families already knew these people well enough to encourage them to dance together. My mother suspended her judgement long enough, based on her family’s opinion about this guy Pepe, to simply dance with his. As she danced with him she found out that Pepe was a nickname, he was wearing borrowed clothes, and he having essentially grown up in NY appealed to her modern sensibilities. The party photographer snapped this picture, capturing their first meeting, and the rest is history. 55 years later they are still happily married. Oh and my mother has never called him Pepe!

We take the best of the historical model, leave out the lack of choice, include cutting-edge behavioral assessment tool and toss in a chunk of energy healing to boot to create a program unlike anything you’ve tried. Next course starts June 1st.